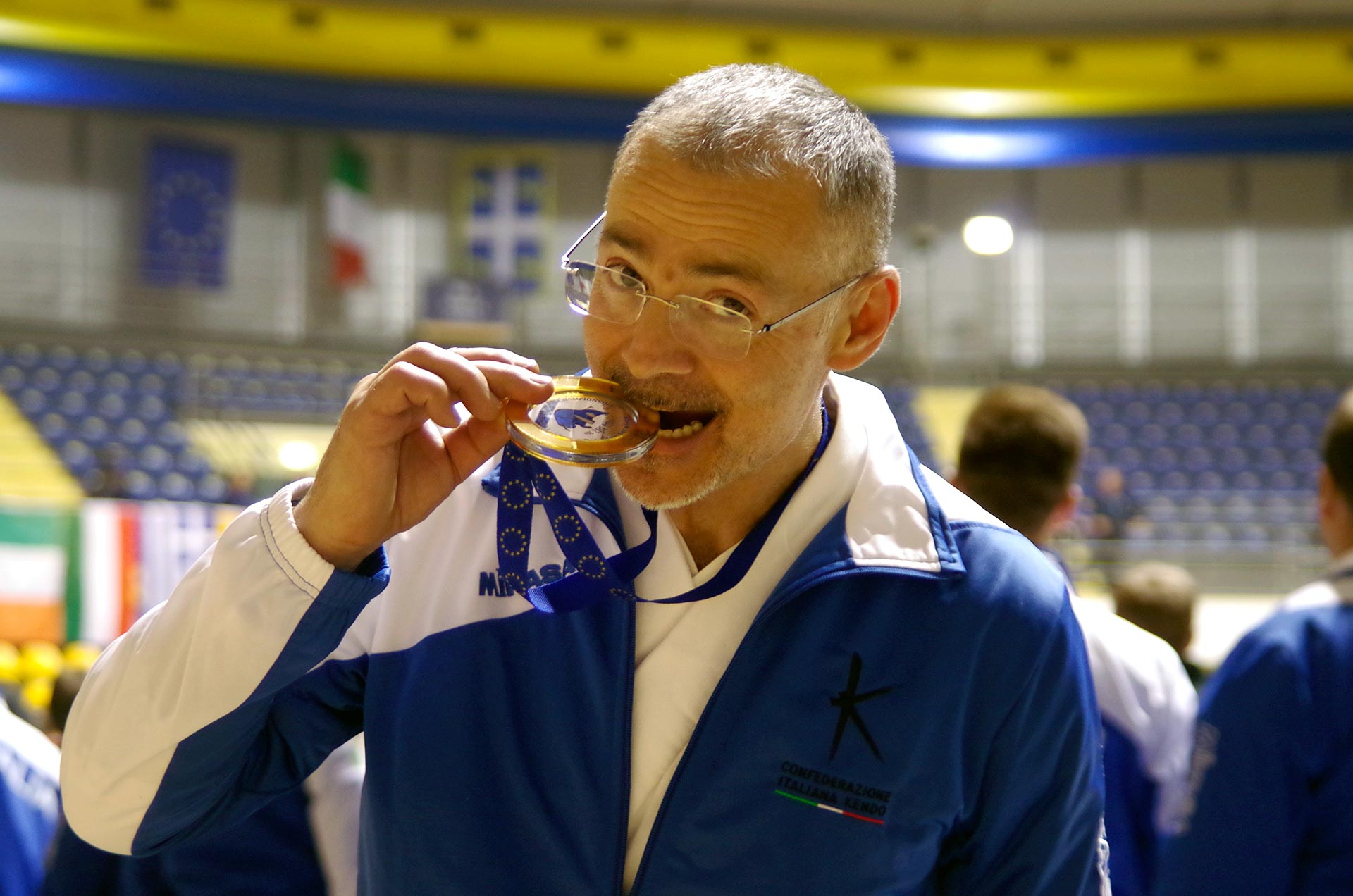 As you progress through the grades you will need to insert Koryu kata into your embu or shiai. Here, too, I believe preparation is the foundation of success. I do not embrace the line of thought suggesting that in life you only need 2-3 koryu kata’s and nothing more. I believe that the study of Koryu is a very important deepening of our practice. I would not like to open debates here if the style I practice is to be considered ancient or modern, as there are plenty of discussions about this topic on the internet, what interests me instead is how to prepare for a given competition.

Taking gymnastics as an example, some athletes insert exercises with a higher level of difficulty in their performances because this, if done correctly, increases their final score.

In Iaido we don’t have points and scores though, only flags, so what’s the connection? Generally speaking, if the referees see a difficult kata performed in an almost flawless way. they are impressed and they are often led to prefer that competitor, obviously if there are no mistakes in the rest of the katas!

How do we choose and study a difficult kata? Each of us has a kata for which he feels “affection” and therefore is more comfortable practicing it. However, often, the difficulties within the kata are not easy to be seen or perceived within a shiai and, in this case, the choice of the kata is not optimal. Let’s make some examples: Gyakuto is a very difficult kata, but during a shiai in which referees have to look at two people at the same time, it is difficult for them to perceive if the preparation for the second cut was executed in the exact moment in which the opponent lifted his rear foot so that he cannot react, and therefore if there is a correct ma and maai. You will probably notice the rhythm but not the insight you have put into it. Same goes for Toraissoku, a very short and fast kata with a very difficult technique but with an apparent ease of execution.

In short, these are kata that are unlikely to impress. That’s totally different for kata like Ukigumo or Yamaoroshi or Takiotoshi, to remain on the second series. If you like the second series, as I do, pick one or two and study them ad nauseam. Do not be ever satisfied, study all the smallest details, all the movements and then imagine the situation, get help from a partner and try the riai of the kata, make it part of your daily life so that it is completely natural. A kata with this level of difficulty performed smoothly and with the right rhythm will surely put you in a different light during the shiai. Be careful, however, as you will obtain exactly the opposite effect if you perform a difficult kata wrong, with errors or hesitations (referees usually have a good knowledge of schools other than their own and understand errors or hesitations).

So when you study your koryu, do 2 times each kata and 20 times the two you have chosen!

I remember with infinite pleasure one evening in the dojo in Kawasaki, when Ishido sensei, probably a little disappointed by my performances, asked Morishima sensei to personally teach me Ukigumo and Yamaoroshi (which never happened). We went on for 4 hours! I believe that at the end of the evening you could easily cook eggs over my knees, but I remember that evening as one of the most beautiful spent in Japan. It was great seeing the smug expression of the sensei looking at me and all the “much much better” at the end, although I know that Ishido sensei was very kind and probably thought he couldn’t get more from me that day (the year after we started all over again !!!)

Origami, the art of folding paper