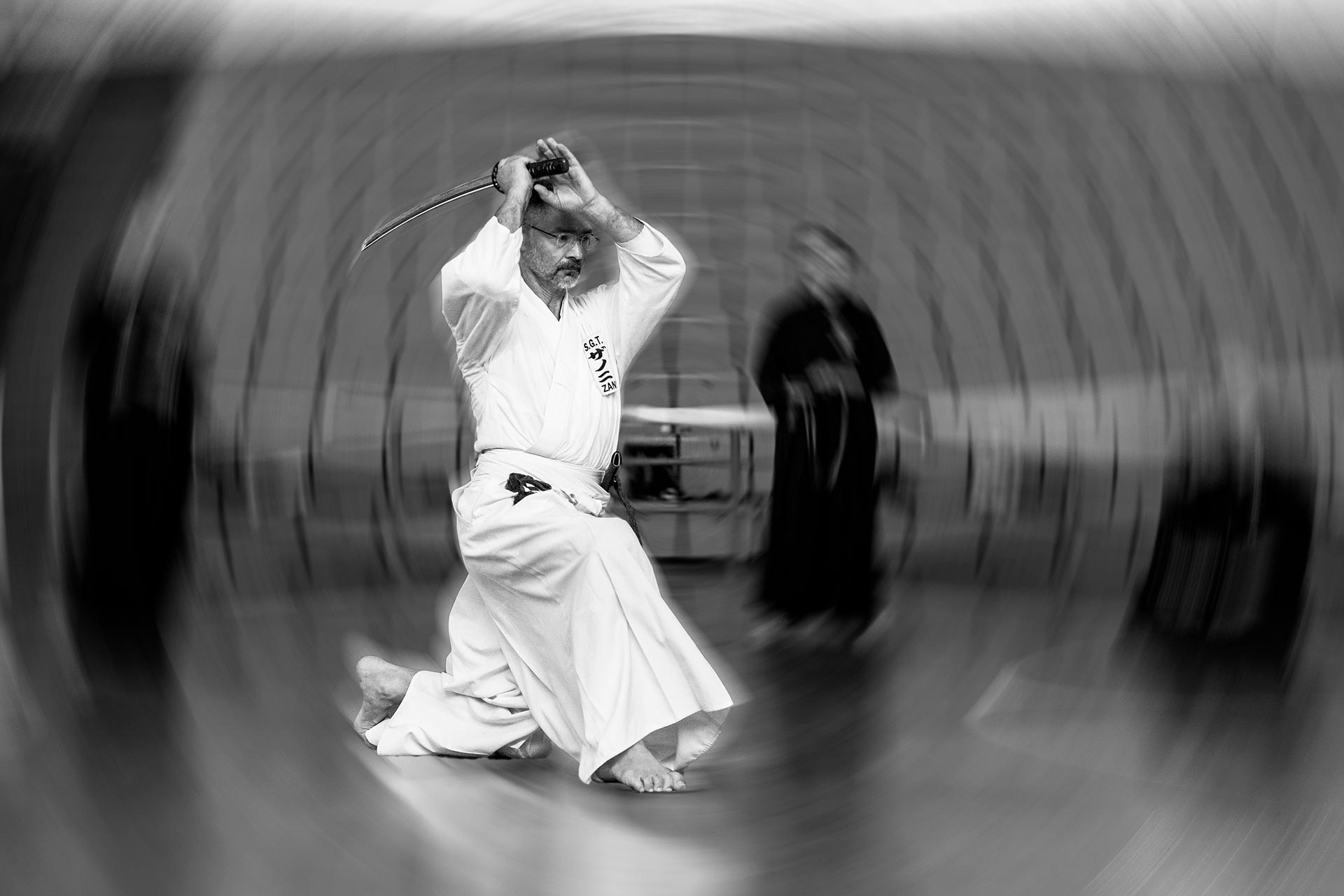 Every time I go to Japan I notice some basic differences between the iaido we do in our dojo in Turin and what is done in the sensei’s dojo, even by very beginners.

The first difference is the effectiveness of the cut. Our cuts seem weaker in comparison, lacking  the speed and “strength” that I see in the sensei’s dojo.

There, the dynamism of the cut is built with the body, while never leveraging the strength of the shoulders/arms and, in general, the way of using the body is much more effective. Visually, it is very clear that the body is fully engaged and it’s the one actually performing the cutting movement.

In Italy the feeling is different though. Obviously, we shouldn’t generalize, but often weak cuts are seen, slow or performed only with the use of the muscles of shoulders and arms. Visually they are less impactful.

In our dojo, what we try to achieve is a round cut both with the tip of the sword and with the hands, both uphill and downhill. If our katana/iaito had a marker tied at the tip, it would draw a nice circle up and down on the wall.

The speed of the cut is achieved by the soft grip at the beginning which allows you to automatically trigger the tip and achieve a good speed.

It is not about changing the grip, this would be wrong, but simply about having a soft hand grip and therefore leaving the space between the hand and the sword to allow the tip and the sword to start naturally and without additional movements. The tenouchi instead allows you to stop the sword at the final point. Everything without any blockage or interruption.

With the thrust of correctly positioned hips (check the article In search of the correct posture) and the rear positioned foot, the body helps giving power and depth to the cut.

So it is not a matter of strength rather about the right speed that must be obtained in the first part of the movement until the hypothetical impact and the proper use of the body that pushes into the cut.

It just seems simple but I keep seeing cuts that have not enough “power” or that disperse strength losing effectiveness. We should therefore ponder a little more on this point and check if our perception corresponds to what we really do leveraging tools as those suggested by Alessio (Coach’s Eye: your virtual sensei) or by being observed and corrected (when it is possible, by our own Senpai or Sensei).

It is not possible, obviously, to learn how to cut simply by reading documents but we can try to look at different examples of cuts made by different dan grades and to compare what we have in mind.

Japanese Monsters: horror and fear with a pinch of education