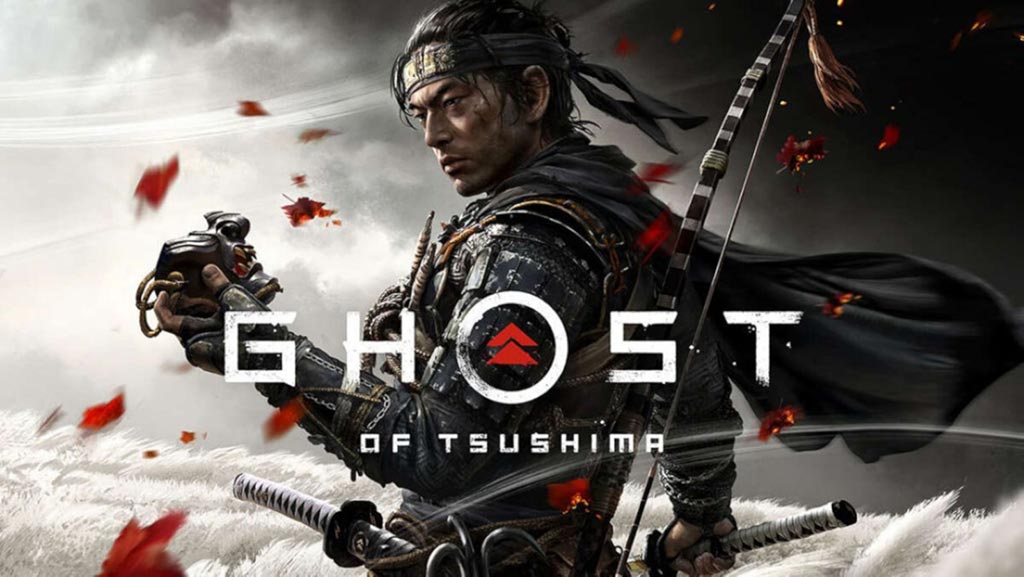 I grew up with videogames, from the first portables one in which only a fervid adolescent imagination could replace a totally absent graphics, to the firsts with revolutionary LCD screen for that times, to the first home consoles, to the first home PC, to today’s consoles, passing through interminable (untrue, they spent in a flash) afternoons in the arcades of the 80s / 90s, or in the hunt for bars hidden from the main streets but which hosted the latest generation coin-ops without having to fight even just to be able to introduce the coin.

A particular memory goes to those titles inspired by martial arts, a family passion since childhood, even if it was judo at the time: Karate Champ, Kung-fu Master, Shinobi, Yie Ar Kung-fu, and a thousand other pixel games that opened the road to fighting games like Sengoku and sagas lasting for decades, like Mortal Kombat and Tekken, to arrive to productions that have nothing to envy to animation movies such as Nioh, Sekiro or the most recent excellent, award-winning, super acclaimed, and so on and so forth, Ghost of Tsushima.

There are too many reviews on the internet to proceed writing another one, also because getting into a job of this type is a very complex task, nor is this the right place. I would like to limit myself to describe the story in broad terms, because I imagine every martialist will have already heard about this game, will have already seen some pictures or some presentations, and every video game enthusiast will have played it or more simply will know this title to be perhaps the last great, triple A production for PS4.

This splendid adventure set in a feudal Japan, more precisely in 1274, and sees the player in the role of Sakai Jin, scion of a noble samurai family, among the few survivors of the Mongol invasion in Japan on the island of Tsushima, determined to free his own land and his own people from the foreign invader. Through a classic system of accumulating experience points, the player will be able to grow in the fighting arts by developing classic techniques, such as various forms of sword fighting, or with techniques more similar to those of the ninja, thus cultivating a sort of dark side. In addition to the superlative animation of the fights, which leaves one really amazed by the richness and depth of details, the beautiful landscapes in which the adventure develops, the practically absent graphic interface that projects the player into an almost interactive television experience, to a filter that allows you to recreate exposure, contrast, grain and imperfections of the film of classic Kurosawa moviess (and playing it in Japanese, even if with subtitles, becomes a truly unique experience), as well as a story that truly glues to the pad, as well as to being developed as an open world, with the possibility therefore to travel far and wide without restrictions of any kind, this game by the American Sucker Punch Productions has managed to bewitch even the Japanese critics who have gone so far as to praise the realization regretting that was not native.

Jin’s path still sees him as a kid struggling with the rudiments of combat, a.k.a the inevitable tutorial, under the guidance of his uncle, and the education of samurai ethics. Honor, consideration, spirit, heart, the whole set of values ​​with which we try to grow along our path inside and outside the dojo, and which will be put to hard testing during the course of the game, which is developed in three major areas, through fields, farms, forts, guided by the wind, by petals and leaves to indicate a direction to take, following main and secondary stories, in a crescendo of adrenaline and identification, with an alternation of martial, ethical, artistic action, such as the excellent solution to obtain rewards also through haiku writing or praying in small Shinto shrines to obtain a useful gifts from the thousand kami that characterize the Japanese pantheon or the veneration of Inari and his foxes with which to spend some time caressing.

Finding armors and swords, being able to upgrade or customize them with dyes, dealing with merchants to buy or trade items, enjoying the infinite thousand of details that can capture the attention of the sword practitioner more than the casual player such as the simple but essentially realistic noise in the extraction of the sword from a wooden saya, far from the metallic “t-zinnng” sound characteristic of almost all the movies in which a character uses a katana, to the variations of guards and tenouchi, postures, chiburi and noto, to combat animations that seem to come directly from the manual of iaido ZNKR, from the teachings that are given in the perspective of the martial and cultural training of the samurai, to the applications of those that Sun Tzu left us, the game develops in a compendium about feudal Japan excellently accomplished in all respects: in the guise of Jin you will have to commit yourself, and not just a little, to keep faith with what learned and to achieve the main objective, the liberation of Tsushima from the Mongol enemy in this particular reinterpretation of historical events that really happened.

Returning with my memories of the first martial arts-themed electronic games, a lot has changed, perhaps everything: back then, there was the joy of overcoming an opponent, a scheme, a level, a “boss” at the end of the level, but I had no conscience of the meaning of martial art that I began to understand with the practice of the sword. In fact there was no difference between winning a game at Karate Champ, Space Invader, Hyper Olympics or Pole Position, there was only the satisfaction of seeing my name, using only three letters, in the final list of the best players, or the surprise of seeing new games and how gaming technology was making great leaps ahead. But not even in the games of the following generations there has been any change, passing to more sophisticated and iconic titles still present on the market today, such as the aforementioned Tekken or Mortal Kombat: the essence of the game remained, and remains, that of advancing as much as possible with the levels, seeing the score increasing as the only tangible reward for the effort, but without the “human” growth of a character. And I didn’t even think about this possibility: but with Ghost of Tsushima, perhaps also thanks to personal maturation, I found the new pleasure of seeing how the game actions allowed the protagonist to change. Or rather, the player can implement different strategies depending on the experience gained during the game, changing behavior facing different actions to be taken, engaging in combat with techniques increasingly distant from those that characterized the initial education of the character.

I previously mentioned the cultivation of a dark side of the main character, and without making any spoilers since everything is clearly described in the various game presentations and reviews, the more you advance in the game, the more experience you accumulate in concealment, in the most typical actions of the game, guerrilla warfare, in the use of bombs and poisons, which the further away from the idea of ​​combat characteristic of budo the more useful they are to get out alive from the thousand situations and adventures in which you find yourself, especially playing at higher difficulty levels. Because obviously the game is to be restarted immediately after having finished it to experience the emotion, the increasing difficulty and the mental preparation of a clash that is increasingly similar to a shinken shobu, where one blow from an opponent is enough to die.

I tried to oppose to this natural evolution, looking for a videogame interpretation and experience of the principles of the sword and I was defeated. There is nothing to do, the dark side is more seductive: as much as you want to stick to the ethical principles of combat typical of the samurai, and clearly this is possible beacause it is a video game, you are moving deeper towards playing attitudes which ultimately lead back to the original goal, as of getting to the end anyway, at any cost. The ideological battle between the Mongols, Jin and his uncle becomes more and more evident, and like a subtle drug it pervades the way you play and makes you change inexorably.

It is not a dark side as in Star Wars, but a particular, or perhaps personal version, which tends to slide into facilitation to obtain a result, at the expense of the precepts that are offered on the way. Shortcuts and quick success always have a certain appeal because they make us look better, especially in the eyes of others, but that’s the problem. As a very inexperienced beginner, performing the full set of ZNKR kata was something that I tried to learn as quickly as possible, without having the opportunity to understand what I was doing. With the passage of time and the teachings I received, I began to understand that I did not have to show anything to anyone, that the iaido I wanted to practice was my iaido, intended as the result of my practice and commitment following the teachings of the masters albeit with all my limitations, necessarily having to go back to rebuild those foundations that were not existing. It became even more difficult and painful, especially when the confrontation began, when I saw others doing things that I may not even have been able to know I should have done. A fight against habits and against the systematic will to win against others rather than against myself: it is clear that competition exists, and we fight to win, but the victory sought to “show” is something very different from the satisfaction of having obtained a result, however large or small it may be, thanks to commitment and dedication, to putting into practice the teachings received and having worked for oneself. There are no shortcuts in budo, and budo is not just putting body and soul into a lesson, but being able to apply the teachings in the simple actions of daily life, through that complex set of interconnected ways that should lead each of us to peacefully realisation of ourselves.

Ghost of Tsushima is just a game, but it offers us a chances to think about change, what we sacrifice, even at the expense of a more noble result, in the flow of our life by pursuing the most disparate objectives, creating, shaping and even destroying personal relationships, to be able to better adapt to a situation, with the awareness of what is being done and therefore with the additional effort given by the inner struggle in accepting the evolution and the better understanding and application of the deepest principles of martial arts and the sword.

Without touching philosophical or moral keys, even just to enjoy a satisfying graphic realization so to simply wanting to gallop around the island kidnapped by the beauty of nature: I think there can be many ways to play Ghost of Tsushima, and each one is certainly worth the time spent on an  entertainment that is clearly not just for kids.